The Gent: Birth of a Panther

As my relationship with PhD was imploding, I decided that after I graduated culinary school I would go by myself to my family’s beach house in NC. I hadn’t been there in more than five years. The ocean was calling me as a place of peace amidst the turmoil of PhD, being fresh out of school with no job and the acceptance that most of my culinary school friends were going back from whence they came. I needed to sit for hours on the porch rocking, watching the waves and hearing them crash just like I did as a little girl. I needed wet sand between my toes and to feel the last push of a wave grasping at the shore rush over my feet. I needed to close my eyes and feel my skin suck the sun’s warmth in as I turn a healthy golden brown. I needed crab cakes served in a crab shell, fried flounder, sweet hush puppies and watery mayo coleslaw, buttery biscuits and fennel-laden sausage patties. But what I needed most, what I craved, what I could practically smell the moment that salt air hit my nose after I arrived and parked under the house was one pound of beer and Old Bay-steamed whole shrimp served on a styrofoam plate, lots of napkins and a cold shitty beer in a can.

And that’s the first thing I did.

I dropped my bags, took a deep breath of the inside of the house, said a fond hello to the ocean and headed right over to the restaurant on the mainland side of the bridge. It sat right on the intercostal waterway. A two story rickety white and red painted wood structure with outdoor picnic table seating. I went through the line, ordered my pile of shrimp and a beer and waited on a bar stool.

It was better than I remembered. By the end of that pound, I had a thick layer of Old Bay under my nails and shrimp legs stuck to my fingers. It was divine.

I didn’t want to go home, but I didn’t want to drink any more since I had driven. I took the car back to the house and walked two blocks to a neighborhood bar and restaurant. They had a live band playing and I slid right into a bar seat on the corner. It was mid-September and so sparsely filled by locals who live on the island year-round.

Before I got the bartenders attention, The Gent, who was sitting two stools down, asked me where I was from. He quickly moved next to me and we talked easily for over an hour. He lived two doors down from my family’s house.

The Gent was about 5’8″, 59, owned a construction company in town that built three-story monstrosities all over the island plowing down dunes, native grasses and animals in the process of covering every inch with beach houses.

Hairy, beer chubby, thin gray spikey hair, naturally spent too much time making out with the sun over the years, a footlong band of white skin wrapping around his nether regions.

But damn am I a sucker for a southern accent, smile and charm.

He was funny, always cracking jokes and laughing at them. Smiling with a can of cold beer in his hand living in swim trunks.

When I announced I was turning in to a pumpkin, he walked me home. It was on his way.

Over the next ten days, we spent a lot of time together. I would get up, go to the little local gym in town, make eggs, sausage and a biscuit for breakfast while I stared at the ocean from the kitchen table. Then I’d spend a few hours working on the house. I recall many days sitting on the cement carpark floor under the house, listening to music, repainting the rocking chairs, crying over my conclusion that when I returned to CA I was going to break up with PhD. I drank hard sodas at 11AM. Then when it was time for the paint to dry, I would suit up and head across the street to the beach to get my daily two hours of sun.

The Gent came by often wherever I was. Sat with me on the beach talking until he starting snoring.

I went over to his house for dinner nearly every night, except on the ones I needed to stay in and have a pity party.

On one of these nights, after dinner, we sat on his front porch listening to the ocean, to music, drank and talked until it was AM. I got up to say goodnight and head home. I walked to the end of the porch and turned at the top of the stairs to hug him. It lasted just a moment longer than usual and when I pulled away I saw it in his eyes.

I walked home past the house in between ours and had the first thought that he wanted me. I was naive and obviously off in my own world consumed by thoughts of what was going on with PhD that I had completely missed it.

The next few days hanging out with The Gent I was a little freaked. He was twenty years older than me. I had never done anything with a man so much older. The idea of it was no where on my radar screen until literally just then.

He took me out on the waterway in his boat. He stopped at a few docks to say hello to his local friends. He didn’t introduce me, but seemed quite pleased to show me off in my yellow string bikini, tatted golden skin. He caught a young, sexy thang.

After awhile he stopped the boat so we could drink and fish. I was so nervous that he was going to make a move. I wasn’t sure what I was going to do if he did. But I was curious to know what kissing an older man would be like. Maybe I should make the move first to find out.

We went back. I went home to clean up and we planned on dinner at his again.

We did the usual routine. Bad wine, a selection of Costco cheeses while he grilled something – mostly whatever was caught that day at the fish market within walking distance.

Instead of going outside after dinner, we settled in on the couch. I sat, he moved in closer. He’s absolutely going to kiss me. I was so nervous.

When it happened, I was shocked. I don’t know what I was thinking it was going to be like – as if older men kissed like aliens or something. But it was normal and quite nice. His lips were thin, but soft. His hands on me were big and strong. He moved with purpose and confidence.

It was getting heated. I had never felt an older man’s body. His biceps were thick and strong. His chest hair was full and soft. He had a round belly and love handles. Wide shoulders and fuzzy hair. Pecs that were slightly boobs.

I was enjoying it all.

It was exciting. A new adventure. I loved it. I wanted to fuck.

I pulled away for a moment and said…

“Do you think you are ready to see my birthday suit?”

A wide grin took over his face as I stood up and pulled my sundress over my head revealing a tight light pink bra that even made my small tits heaving and full. Matching thong.

We had a magical evening. He took charge and I liked it – a lot.

He didn’t let me sit down, but grabbed my hand and walked me to his bed. I laid down on my back and he climbed right on top. He was heavy on me. I could feel his chest hair rubbing on my tits and his hard cock pushing up against my pubic bone. The head was teasing my lips.

His hands were wild grabbing my tits, rubbing my thighs, cupping the outside of my pussy with a finger pushing in between my lips to check my wetness. I was soaking.

He kissed my neck, my ear lobes. He was hungry. It must have been awhile for him. His energy was winding me up into a frenzy.

He slid himself down, bent my legs and spread my thighs apart. He ate my pussy with confidence and I could feel how pleasurable it was for him as well. He moaned nearly as much as I did.

It didn’t take me long to finish, but he wasn’t at my first orgasm. I had to ask him to slow down as I recovered a bit. My clit was swollen and very sensitive. He was patient and I came thrice more.

I was sopping wet. I could feel it under my ass and all over my inner thighs. In one fluid motion, he came up for air, wiped his mouth and plunged his long hard cock inside me.

My lips felt pursed so when he entered it was extraordinary. Sliding in and out fast. I looked down and caught a glimpse of his rhythmically disappearing cock. His moans quickly crescendoed and he collapsed on top of me. That heavy feeling I liked again.

I toweled off my vagina, light-headed and smiling all over. Wow, what the fuck just happened?!?

The next day I decided to extend my stay by a week. I didn’t want to leave the ocean nor his mouth on my pussy.

We played like we were newlyweds on honeymoon except I slept in my own bed at home. We took more boat rides, fished, spent hours laying on the beach together, made dinner, drank and listened to the ocean at night and fucked a lot.

As the third week was coming to a close, I had thoughts of staying. I had no job, few friends and a relationship on the way out the door back home. I could rent the house from my siblings and live a cheap ass beach life for some time. But CA called me home.

The very last morning he came over to say goodbye. It was a little teary for me. I did not want to go home and face the awful task of breaking up with PhD and the terrible, painful fall out that would follow. I wanted to eat shrimp and live at the beach and fuck The Gent.

Looking back seven years later, I am more than glad I came back to CA and faced the pain. Life did get well worse before it got better, but The Gent opened the door over those three weeks and a baby panther slinked slowly out of the darkness. 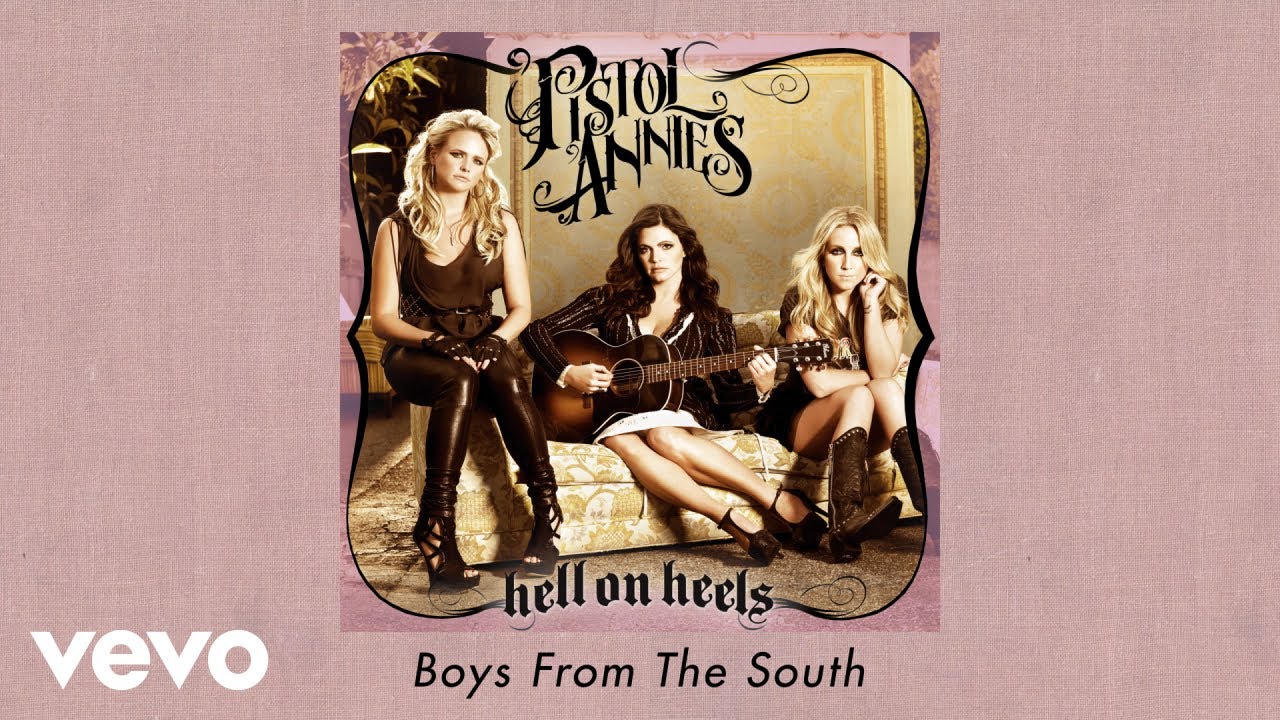