I’ll Most Likely Kill You In The Morning

I look back on all the various relationships I have had outside of my primary one and that sentiment from the Dread Pirate Roberts now resonates with me strongly. It has only just come together in my head. As if after each date my lover says:

“Thank you for a fantastic evening. So fun and sexy! But I’ll most likely need to get rid of you pretty soon.”

I think until the two recent difficult break-ups this year (I have not yet wrapped my brain around writing about them although one of them is mentioned below), I approached meeting someone new with excitement and an open heart, just waiting to see where the adventure would take me, not looking to see what was around the corner.

I say in dating app profiles, and often in person, that I want to care about my partners. While sex plays a strong leading role, I want to enjoy the time I spend with someone outside the bedroom. I want to be intellectually challenged, playful, comfortable, enjoy activities together, and genuinely caring toward a partner. I want to know about their lives, history, challenges, aspirations, passions.

I want to connect.

I have since learned that connection can be dangerous. It requires vulnerability. Vulnerability, in my experience, often leads to pain and disappointment.

I suppose I could simply call myself naive and that I need to get tougher. You would think I would have a thicker skin being from the fuck you East Coast. I often walk around like it’s old, worn leather, but it’s really just an act. As much as I don’t like to admit it, I have a liquidy candy center.

Maybe this in just par for the course from non-monogamous dating. I AM married and can only offer so much to someone else. Our relationship can only progress to a certain point. A certain point I am happy to live in forever, by the way. But I cannot go on vacation with you. I cannot move in. I cannot come for Thanksgiving dinner, and I do not want to meet your kids, your friends, your colleagues.

I also have wondered if I attract a certain type of older man who is in transition in his life – just looking for a fun attraction to ride while on vacation from figuring out the rest of his life.

I’d like to recount some of the more notable, or I suppose painful, ways I’ve been killed in the morning.

In the first year, I was mostly ghosted. That sucks, but I learned to choose slightly more mature, sophisticated and reliable men.

With that has come more sophisticated ways to die.

I dated one man for nearly 10 months. We met just a few months before COVID began and we maintained our own little love pod, seeing each other several times a month at his house. We would enjoy walks through his vegetable garden, birthday suit dips in the hot tub followed by birthday suit dinner making complete with lovely old wines. Often dinner had to wait as naked cooking became naked groping and then pushing the beautifully set tableware aside and fucking on the dining room table.

It turns out he had been seeing someone abroad for over a year and decided to move her across the world and into his house.

I unknowingly was invited over for one last romp and then to take home all the lingerie he had bought me. I got killed.

I dated another man for only about four months. I was hesitant when he told me in the beginning that he had a fiancee in Europe and they would be married. But it wouldn’t be for two or more years because she wouldn’t move to the US until her precious, old horse that she loved so dearly passed away.

He would come to my town several times per month either finding a location with a kitchen so he could show off his Italian cooking skills or take me out to a nice dinner before enthusiastically hitting the sheets. He was generous, communicative, caring.

Until she decided she didn’t want to wait and wanted to get married within several months. She set a date and had bought a wedding dress in Europe. I got killed.

I found a kind, mid-Western man who lived in my town – amazing! He was single – amazing! He spent a lot of time traveling for work so would want to see me a bunch when he was here and then we’d have weeks go by while he was out of town – also amazing!

While not so sophisticated about food and drink, he actually introduced me to a new gin made in New England from botanicals that included honey. I still enjoy this gin and have shared it with friends.

He was generous too. Then told me he started seeing someone new and felt it was wrong to be also seeing me on the side. I understand, but I got killed.

Then I thought I had found the prefect man with the perfect scenario. He was married, but they lived apart. He in the city and she in the country about two hours away. They would see each other on the weekend. He enjoyed cooking, mezcal, baseball and long conversations. He was painfully shy, but I thought with time we would become comfortable with each other. We were both very excited about this match.

After about 4-5 dates, he mentioned he was taking a 6-week unpaid sabbatical from work and planned to travel to various retreats and camps across the country. He wasn’t sure if he would go back to work or retire. He wanted to explore what the third chapter in his life might look like.

Perhaps I had no right to ask at such an early stage of our relationship, but I inquired where he thought I might fit in to this scenario. We had both been excited by this stable duo-marriage pairing. He didn’t have an answer very much as if he didn’t even consider it. I was killed yet again.

There are many other stories of fits and starts eventually falling apart for one reason or another.

Today, I have several new men in my life. One I have been dating for a few months – England is from near Oxford. He is divorced with two teenage children. He has told me he absolutely believes he was a woman in a previous life – he feels his sensitive nature is very feminine. He has been quite enthusiastic about me recently making a joke about celebrating our three months together, a three-month anniversary or something to that effect. I asked has it been three months? He quickly laughed and said he didn’t know. I checked back and our first date was three months ago.

I have felt myself being pulled in emotionally with England as in previous new relationships. Opening my heart blindly without a thought to the future on my radar screen. Just skipping down the path that we create.

I want to try not to be killed.

During our most recent date, he made a quick, under the breath comment about one day there being pain when we stopped seeing each other. That pulled me to attention and the future possibilities started making bleeps and bloops on the screen.

Rather than wait to be killed I thought A-HA! This is the opportunity to practice emotional restraint. But could I do that? Could I halt my feelings for him right there where they were, care about him but not let myself grow to love him and still enjoy my time with him? Could I be slightly colder and less emotionally enthusiastic?

The Dread Pirate Roberts did tell Wesley every night that he would most likely kill him in the morning. Wesley didn’t know when it may come, and in the end it never came. I’m not sure I believe the end never coming is a possibility anymore – I once did.

So rather than be blind-sided when I do get killed in the morning, could I simply believe that I will be killed at anytime, enjoy the moment, protect my heart and not be so upset when death comes knocking?

I know this may sound completely antithetical to my recent post Let Relationships Be Where They Are. It’s probably accurate that it is. I never claimed to not contradict myself. This is a journey with very few maps to rely on for guidance. So I am just out in the world trying to create a successful pathway, and not to get killed. 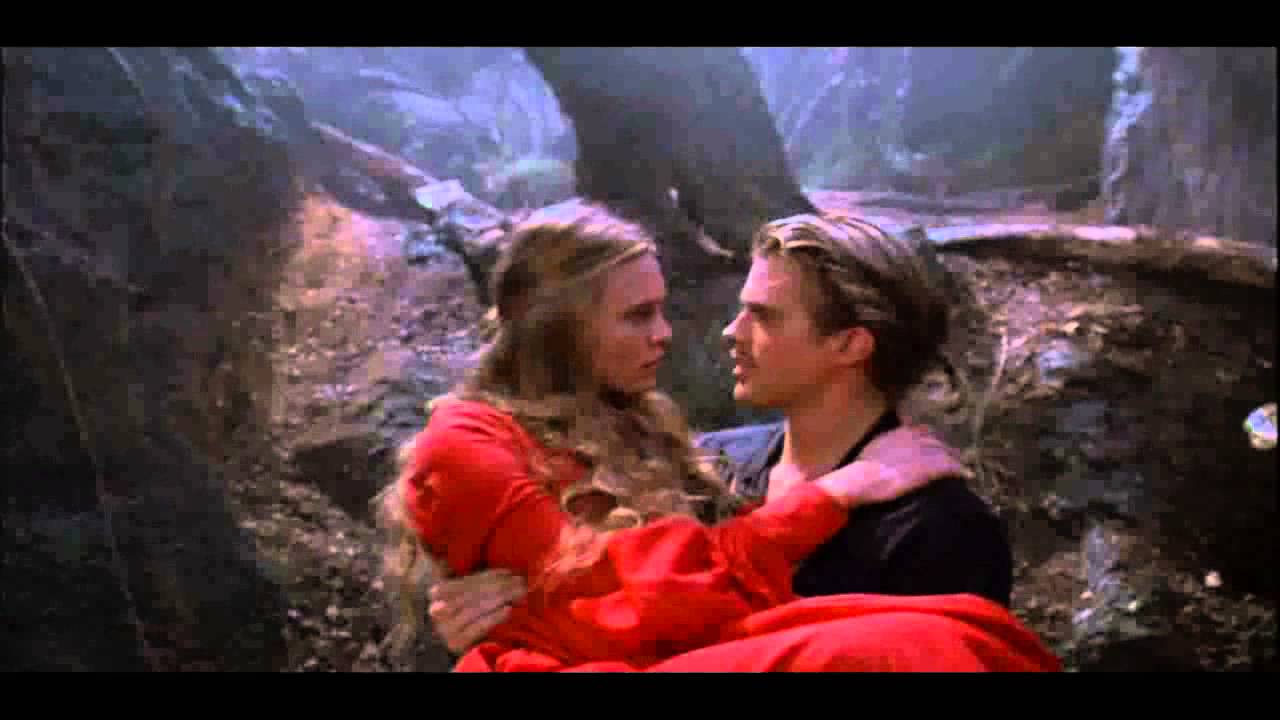 This entry was posted in Live, Love. Bookmark the permalink.