I quite enjoy strip clubs. I have been many, many times starting way back in my college years. I even danced in a go-go bar for a month one summer when I was 20. Women’s bodies are sexy as hell. I like them all – tall, short, thick, thin (not too thin though), small boobs, boobs that’ll knock you in to the next room, long legs, muscular legs, and all that ass – yum yum!

Diamonds and I talked and laughed over the years about going together. How fun it would be to post up, look at some ladies, get a lap dance, joke, a few drinks and have a good time. God knows we had spent enough hours in hotels over the years that we needed to get out.

He did some research and found a place near the shore – about a 45 minute drive. We got ready in the hotel room, nothing fancy, but it was fun to get dressed and primp together. He was on point as usual with some dark blue jeans, blue plaid button down, grey sweater, matching dark grey flat cap, and the fucking way he smelled, good god, it was hard to let him keep his clothes on.

We took off and with the tunes on and us singing along. The car ride went fast. When we pulled in to the parking lot, I glanced to the left. It was a typical windowless joint adjacent to a sub-three star hotel.

Fully nude establishments in New Jersey cannot get liquor licenses, but you can BYOB. We grabbed some beers for him and a bottle of bubbles for me on the ride up. We walked in to a dark, but lightly occupied room. Several guys hanging out together along one wall with a full cooler of beers. A Latina woman was on the stage, which was flanked by two poles at either end and high-top bar seating along the opposite side. We first sat along the wall next to the guys to get the lay of the land and check out the scene, get a drink going. I was the only woman in the room fully clothed.

Diamonds is a pretty outgoing guy so he’s chatting with the guys next to us, and when one of the dancers comes over for a few bucks. I’m the shy one, especially sober, so I move quickly on my bubbles to get myself relaxed and more convivial.

There was one lady that immediately caught my eye because she had a body like mine, although a number of inches shorter and with slightly bigger boobs, healthy ass – all my favorite types. We watched her on stage and she was spicy. Although I couldn’t hear what she was saying I could see that she was giving the guys a little attitude – such a turn on.

After her dance and a drink or two, we decide to step out for a smoke. He paid the bouncer to watch our booze and keep our seats. It was cold out so we jumped back in his car and turned on the music and the heat.

As we were puffing and chatting away about the scene inside, I look up and see this older, rail of a white man emerge out of the black woods behind the strip club on a kid’s BMX bike. He sees us in the car and starts riding over towards us. This completely freaks me the fuck out. Where the fuck did this guy come from? Was he high? Armed? Is he just going to ask for money?

Diamonds is calm, cool, collected when the guy rolls up to the driver’s side. He puts the window down a crack.

“Can I get a little money for something to eat?”

He looks like he’s been living in the woods for awhile. Dirty clothes, face. Smelly, quite thin frame.

Diamonds gives him a couple of smokes, puts up his window and the guy rides off.

I guess when you are 6′, 300 lb and half-black people tend to not fuck with you that hard or at all. I was so scared the guy would pull a knife or a gun or do something really crazy. Diamonds wasn’t worried at all.

“I have a scary side as well, but reserved until needed. It wasn’t needed.”

We finished our smokes and headed back in to the club. We moved our drinks to a couple of chairs right at the stage for a better view and to get some more attention from the ladies.

Diamonds asked me to pick a girl and suggested we get a lap dance together. I knew exactly who I wanted – that sexy, spicy one with the nice C boobs I wanted to get my hands on. When she got off stage and started walking around the club, Diamonds got her attention and made the deal.

We followed her back to a room on the opposite side of the club. It was a long, rectangular space with just a curtain closure. There was cushioned bench seating along the three walls. It was unusual in that there were other guys getting lap dances in the room at the same time. Weird and distracting, but not bad to have all that eye candy.

She asked us to sit next to each other, and as the next song started, she started moving her body to the rhythm while she took off her bra top. Finally, those yummy boobs I was waiting for. She first put her hands on my knees and spread my legs apart. Then turned around and started grinding her ass into my vagina. She pressed in so hard she actually got clit contact. Fuck. I reached over and gripped Diamonds’ thigh close to his cock.

While she was moving around, he leaned over and whispered something in her ear. She immediately got on to the bench next to him on her knees then crawled across both of us. Her ass up in his face while she buried her face in my vagina. She pressed her closed mouth against my jeans and rubbed up and down. I looked over and smiled at Diamonds while he watched her ass bounce up and down in his face.

She climbed all the way across and straddled me backwards, leaning back on me. I asked if I could touch her. She nodded and I immediately grabbed two handfuls of those beautiful, soft tits. From the outside, I squeezed in and up and then softly pinched her hard nipples. Diamonds ran his hand down her thigh, leaned over and put his wet lips right on mine. A brief make-out sesh while I had titties in my hands – absolute heaven.

But alas the song ended quickly. We thanked her, he tipped her and then we moved out to return to our seats at the stage.

Diamonds immediately asked me to pick another girl I liked.

“That was fucking hot.”

Oh, yes it was. I had only wished the lap dance room was a bit more private. I wanted to get away with a little more.

We watched, we drank, we went out for smoke breaks – thankfully the biker from the woods never reappeared – we laughed at the whole night.

I picked another woman for a second dance. Taller, blond, much bigger tits. We followed her back in to the lap dance room. She was less enthusiastic with much less rhythm and just took turns dancing on him, dancing on me. Boring, but the first girl was in there dancing on another guy. Neither of the ladies stopped dancing, but our first dancer started chatting us up. We were having a good ole time joking with her while she grinded on this other rando. I wish her boobs were in my face instead.

I slept most of the way back, and shuffled sleepily from the car to the hotel room.

As soon as the door closed, Diamonds was grabbing me. Kissing my neck, reaching down to unhook my belt buckle. I woke up pretty quick.

He puts his hands on my hips and pushed downward to get me on the bed. Took off my boots while I continued taking off my pants. I had barely gotten my top over my head and he was on me, grinding his cock, still in his boxer briefs, over my already wet pussy. I wanted his cock in me.

Thinking back to the first dance and those perky soft boobs with the hard nipples. Watching her ass bounce up right at his nose, inches away from his full soft lips. We were both so ready to fuck.

He buried his face in my neck, slipped his cock through the front opening of his boxers and plunged into me hard. I let out a loud gasp and threw my arms around his neck to hold on for the ride. He scooped up both of my ass cheeks to get the leverage to pound me, pulling them back and forth in rhythm with his cock sliding in and out.

I let him have me.

He moved to the side, but I wasn’t done. I was so turned on by the entire night, I needed to finish.

He sat up on the bed leaning back on the pillows at the headboard. I remained in the same spot now perpendicular to him and bent my legs over his. My ass was swimming in a pool of our sex. I wiped my drenched lips and clit with the heel of my right hand and went in direct and fast with my right index and middle fingers.

Coming down was calming. After all the sexual tension and build up from the night, it was so satisfying. I slid up next to him and put my head on his chest. I rubbed his soft, smooth body. We just lay there enjoying each other’s bodies and the fun, sexy night we just had.

I caught myself dozing and with painful realization pulled myself off of him and in to the bathroom to clean up. Went home to my sister’s and crashed with a big smile on my face.

“Wow and to say epic. Everything was epic last night sweets. That lil spicy white girl was fun. I kept whispering in her ear to do more things to you lol. We were boss in that place. We came back and it got a lil spicy lol.”

“God that was such a fun night! Thank you!” 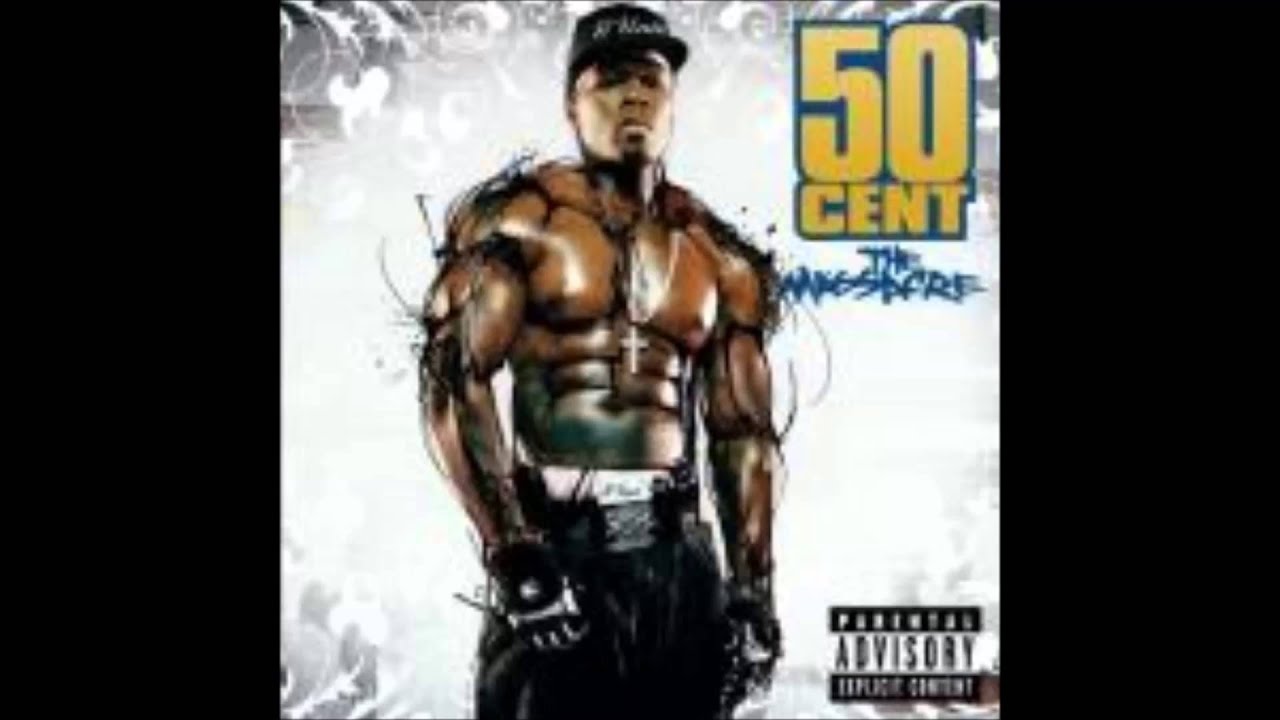